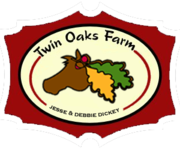 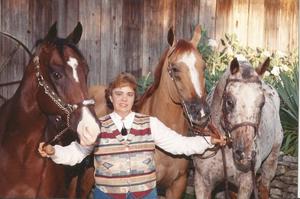 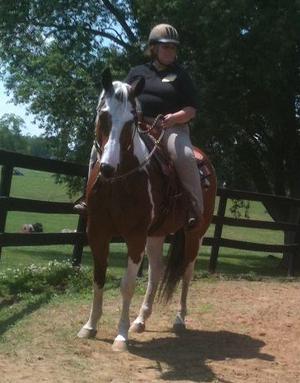 Twin Oaks Farm grew from Debbie’s life long love of horses.  She grew up riding as a child on her grandfather’s farm and was fortunate to have cousins and friends that owned horses - in fact went out of her way to make friends with anyone and everyone that had horses. After graduating from school a job, a car, and a horse were her first priorities, and she has owned horses since the age of 18.

Having boarded herself and often dealing with difficult horses (those were the only ones she could afford at the time) Debbie understands many of the challenges riders today face.  In 1980 being a newly single Mom on a tight budget,  Debbie was ready to sell her 2 horses because she was having such a difficult time finding a boarding stable where she felt her horses were being well cared for.  Fate stepped in and she met her future husband, Jesse Dickey, who just happened to be renting a small house on 5 acres that the owner allowed them to fence and keep the horses on.  While they were dating they bought a yearling Appaloosa and they decided they wanted to stand him as a stallion.  Wanting to do the best possible job starting this young horse and hoping to start showing a bit, Debbie started looking for an instructor.

“I remember so many friends at the time being surprised that I was going to take lessons.  I had ridden all of my life, was starting young horses for other people but after a single lesson was totally amazed at how much I didn’t know.”

In 1982, Debbie and Jesse were married and bought a small farm just outside of Louisville.  They built a 7-stall barn, of couple stalls more than they needed so maybe they could take in a few boarders to help pay the expenses on their own.  Sure enough the boarders started coming.  People were noticing how well behaved the Dickey’s horses were and started asking for help with their own.  Debbie had been working at a local bank and as the horse business grew, cut her hours at the bank until in 1989 the barn became her full time job.

Twin Oaks Farm has a commitment to excellent care.

“We may not have the fanciest, most expensive barn in the area but we promise all of the horses here will be cared for as if they were our own.”

Debbie has also invested a lot of time and effort into her own horse education and still continues that pursuit today.  She has studied under many local instructors in a variety of disciples and has done clinics and seminars with such noted national figures as, John Lyons, Pat Parelli, Clinton Anderson, John Barry, and Lynn Palm.  She is a member of the American Riding Instructors Association,   and was the leader of a 4H Horse Club for over 20 years.

In 2001 Twin Oaks Farm became incorporated.  While Debbie handles most of the day to day “Horse Stuff”, none of this would have been possible without the support and help of her husband.

“I want to thank Jesse for making my dreams come true.” 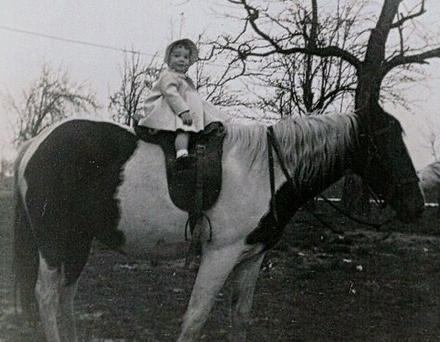